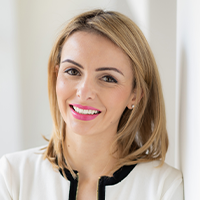 By Dr Stephanie Fabri, Economist and Lecturer at the University of Malta

What started as a pre-electoral pledge and resulted in a referendum in 2016 on whether Britain should leave the European Union ended in an actual departure from the Union with a Brexit deal being brokered in the last days of 2020.

Companies and consumers alike are already experiencing this new reality with stock delays, additional paperwork, and restriction in online shopping being some of the first symptoms. The financial services sector has also not been spared this changing reality. 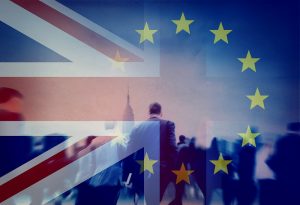 The United Kingdom (UK)-European Union (EU) relationship is now governed by a Trade and Cooperation Agreement (TCA) which does very little to replace the previously applicable financial services framework and is virtually silent on cross-border cooperation for financial services firms.  Whilst the UK has, in the meantime, adopted the Temporary Permissions Regime, the same cannot be said for UK firms passporting their operations to the rest of the EU/EEA since no similar arrangement has been adopted by the EU.

Going forward, the alternative route to licensing remains the Equivalence Arrangements, which is a system used to grant domestic market access to foreign firms in certain areas of financial services.  It is based on the principle that the countries where such firms are based have regimes which are ‘equivalent’ in outcome.  The EU utilizes the equivalence tool to grant beneficial access to firms which are domiciled in third countries.  Historically, the EU takes a very technical and granular approach in such assessments and is always mindful of regulatory divergence.  In fact, the EU has already expressed concern about the UK’s plans for its future regulatory framework and the degree of divergence from the EU regulatory regime.  Moreover, the EU also stated that equivalence will only be granted by the Commission where it is in the EU’s interest.  How equivalence arrangements will be resolved for the UK is widely unknown, and no specific timelines have been communicated in this respect.

This opens up opportunities for the Maltese financial sector to reap. However, we need to ensure that the ecosystem is working and in place. Malta remains an attractive jurisdiction for various services including funds, insurance, and financial institutions. We need to ensure that the banking sector is responsive to such market opportunities and the regulator is also emphasising the need for corporate service providers and advisors to be vigilant in their dealings as they are ultimately the first line of defence.

Malta has a strong financial services cluster as well as a unique relationship with the UK, which is rooted in shared history, culture, and, more importantly in the business world, language. Our hybrid legal system, with strong elements of common law, is also an attractive feature for UK-based firms to consider plans.

Opportunities exist, however, as a country we need to be nimble, agile, and responsive to ensure that these materialise.