Honey Product
How is Malta Preparing to Fill the Skill Gaps Required in a Rapidly Changing Global Economy?
Share 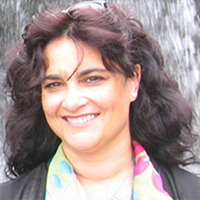 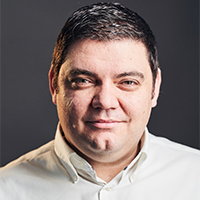 Throughout economic history, change has been constant. One need only think of the Kondratieff waves, which have been revolutionary in the way they have pushed economies towards growth and development and in turn impacted the way people were expected to adapt to changing economic structures and labour markets’ needs;

But what has differed in recent years is the speed at which change is occurring and the effect it is having on economies, labour markets, jobs and skills. The World Economic Forum has estimated that 85 million jobs will be lost, but new technologies will create different openings, estimated in the range of 97 million new jobs.  Such a scenario poses many questions: can people gain the skills to be able to transition from one job to another, are people being trained for this eventuality, are all stakeholders aware of such changes in current jobs and even professions, is the educational system developing future flexible workers, is lifelong learning really taken seriously, and where is Malta in terms of its preparedness for a continuously changing labour market?

In the past decade we have seen significant economic growth, which needed more resources and so we imported what was lacking in terms of manual power and expertise, to the tune of a sevenfold increase in migration since 2009.  At the same time unemployment has been low, yet we also have a substantial amount of inactive persons. The level of education of a significant proportion of the local labour supply is not high and much more needs to be done in this field.  The jobs of tomorrow will demand it more than they are now, as technical skills and soft skills are expected to take on a sophisticated dimension. Robotics, AI, communication technology will revolutionise certain jobs, make others obsolete while creating room for novel jobs that may themselves be only temporary or transitionary in nature. Lifetime jobs are likely to be a thing of the past.

The educational system may be too rigid to accommodate the need for individual creativity to blossom and for innovation to be set free from a constrained thinking box. Employers will need to invest in upskilling and reskilling of their employees, even at the risk of poaching. Unions will need to take on the responsibility of ensuring that workers are ready for different jobs. Workers will also have to continuously invest in themselves, as their livelihood cannot be taken for granted. Everyone will need to dance to different tunes that new technologies instigate. Whilst the future is uncertain, such that one cannot be completely and fully prepared, there are certain transversal skills which will be useful in any economic sector. The pandemic has pushed many people to learn new technologies and gain fresh skills in order to keep in contact with the outside world. We have to assume that the transformation of new technologies will continue and even gain momentum in the very near future.  The EU already has half a million unfilled vacancies in digital technologies, plus an additional two million in support services to this sector.  The skills gaps were filled by migrants, but the whole world is facing skills shortages and other countries may be more salary-competitive than us. Being prepared for future skills needs is even more imperative if we want to invest in high value-added economic sectors which require knowledge workers of a high calibre.

The Human Capital Research Project (HCRP) is sponsored by the HSBC Foundation and is a three-year project which looks at the future of skills in the Maltese economy. The project is supported by the Ministry for Education, the Malta Chamber of Commerce, the Malta Business Bureau, the University of Malta, and the Malta College of Arts, Sciences and Technology.

The lead researchers are Dr Rose Marie Azzopardi, an economist with a focus on the labour market and Professor Alexiei Dingli, Professor of Artificial Intelligence.

Dr Rose Marie Azzopardi, senior lecturer at the University of Malta, is an economist with a special focus on the labour market.  She has been commissioned to conduct research by national, regional and international organisations, including, the Maltese government, EU entities, the World Bank, the Commonwealth Secretariat and the United Nations Institute for Research and Development. She has published globally in peer-reviewed journals and presented her research at international conferences.

Prof Alexiei Dingli is a Professor of AI at the University of Malta. He has been conducting research and working in the field of AI for more than two decades, assisting different companies to implement AI solutions. His work has been rated World Class by international experts and he won several local and international awards (such as those by the European Space Agency, the World Intellectual Property Organization and the United Nations to name a few).