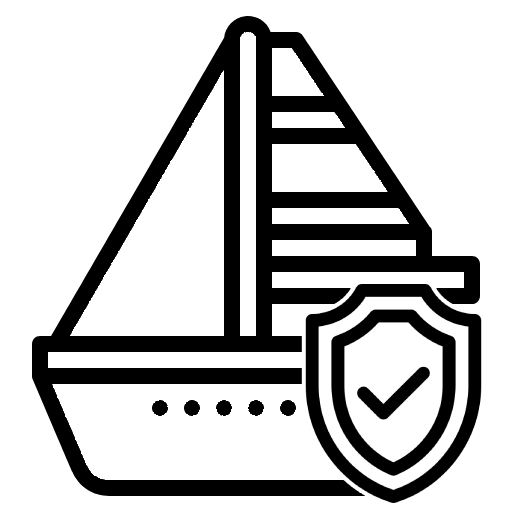 As the name implies, a yacht and pleasure craft insurance is bought specifically to cover vessels which are used solely for private and pleasure purposes.

There is no standard policy for such class of insurance, since cover varies according to the provider and the size and speed of the vessel. As owner of a vessel you may be at risk not only at sea but even when the vessel is being moored, kept in storage ashore or whilst being transported.

Owners must place value on obtaining the right insurance package given the steady rise in the number of vessels in our waters and the high repair and replacement costs. Thus, a yacht and pleasure craft insurance is required to compensate the insured who suffers a loss, either by sustaining damage to own property or by causing liability to a third party.
There are two basic types of insurance cover:

Since proposal forms are the means through which an insurer may obtain details of the risk being proposed, it is important that a potential policyholder discloses all facts that are considered material to the insurer in order to assess the risk being underwritten, impose conditions and adjust premium accordingly. So, it is important that when proposing the insurance, all material facts are disclosed as non-disclosure may lead an insurance contract to be void. Apart from the personal details of the proposer, a typical proposal form for a yacht and pleasure craft insurance would include information as follows:

Details of the vessel to be insured

Details of the engine

Some policies require the insured to carry out a survey of his/her vessel. Generally, a survey would be required for amateur or owner-built vessels, for certain vessels which are older than 15 years, or for second-hand vessels purchased overseas and brought to Malta. The insured would be required to appoint and pay for the services of a professional surveyor tasked with carrying out such a survey. Normally, the surveyor report would confirm the condition and value of the vessel accompanied by photos. A follow-up sea trial may also be carried out. Depending on the state of the vessel and requirements of the insurer, such a survey should be carried out periodically (such as every two or three years).

It is extremely important that the values on the policy schedule are updated EVERY year. A Yacht and Pleasure Craft Insurance is an “indemnity insurance” – the insurer is obliged to put the insurer back in the same financial position he was prior to the event which led to the claim but up to the amount mentioned in the policy schedule. The insured should therefore ensure that the values on the policy are current market values and include not only the actual replacement of the machinery or part of vessel being replaced or repaired but also the cost for its installation. It is the insured – rather than the insurer – who is responsible to establish such current market values.

Property Damage Cover/Loss or Damage to the craft

Some policies cover such loss or damage only when caused by a named “peril’ whereas others cover loss or damage caused by any external accidental means which are not specifically excluded under the “Exclusions” to the policy.

A number of the above perils may be limited in scope by certain proviso or limits or conditions.

For example, in the case of collision concerning speedboats, one often finds a limitation on the amount of damage caused to the rudder, propeller/s, strut or shaft, motors, electric or electronic machinery, batteries and their connections caused by impact with submerged objects.

Similarly theft of an outboard engine could be subject to a proviso that the engine is secured to the craft or to the tender with an additional antitheft device. Some policies may limit theft of inboard machinery and equipment solely following forcible and violent entry into the locked cabin, hatch or locker or into the boat’s place of storage ashore.

Therefore it is important to enquire properly about the cover provided and the exclusions to the cover.

This avoids unpleasant surprises at time of claim.

Under the Property Damage section, there are also additional benefits for which the policyholder may be able to claim. These may also vary from one company to the other, but the most common are:

In addition, personal effects are sometimes considered to be part of the property being insured. Thus, personal effects that belong to the insured or to family members will be covered up to a certain limit. Such personal effects include clothing and sports equipment, but it may exclude money, jewellery or other valuable papers or documents.

The property damage cover under a yacht and pleasure craft policy is subject to particular conditions. One common condition relates to when the insured craft is in transit. This condition emphasises the fact that whilst in transit, the craft must be carried on a trailer and towed by a suitable vehicle. If such condition is breached, the insurer may refuse to pay a claim in case an unfortunate event occurs. Also, some policies offer cover for the boat trailer but this might not be so common.

There are also specific exclusions which apply under this section, the most common being:

Under this section, the insured is reimbursed with the amount that he/she was legally liable to pay to third parties as a result of accidents arising out of the use of the insured craft. Certain insurers may also offer, under their liability section cover, an ‘additional benefit’ for legal costs. These would cover the costs incurred in settling or defending a claim (some insurance policies may only cover legal costs if the claim is pursued in Malta. Hence, any legal costs for claims which may be pursued outside Malta would not be covered). Accidents which are commonly covered under this section include:

Cover may also be extended to include any person who may use the insured craft with the policyholder’s permission. However, such cover would exclude persons who are operating or employed by the operator of a shipyard, yacht club and marinas amongst others.

A number of exclusions are also applicable under this section, such as claims in respect of employees or in respect of property belonging to the insured, or in custody or control of the insured. Furthermore insurers will not consider claims for accidents whilst the craft is in transit by/attached to a mechanically propelled road vehicle.

Under this cover benefits are paid up to a specified limit following accidents whilst embarking, disembarking or whilst on board the vessel. Either a lump sum or weekly benefits will be paid in respect of any of the following events occurring:

Such cover is subject to conditions, one of the most common being death or disablement occurring within one year of the injury being sustained. Otherwise, benefit will not be paid. There is also an applicable age limit, but this may vary from one company to another.

Policies also dictate situations where the insurer might refuse to pay a claim. Amongst these exclusions, there is death or disablement following a suicide, or when the person was under the influence of alcohol and drugs.

In addition, the insurer will also pay up to a certain specified limit for medical expenses, which may be incurred by the insured when seeking emergency medical treatment following an accident involving the insured craft.